The Humble Beginnings of the Kilpauk Congregation

On February 22nd 1895 Mr.Hutchinson as general Superintendent and Mr.Booth as a Missionary sailed from India. They arrived in India on March 16th 1895. Thus was that an entirely new phase of the work opened up and the mission began to take the form in which, under God's blessing, it was to do its greatest work. Ill health prevented Mr.Hutchinson form continuing in India more than a few years. Mr.Booth studied Tamil in Kovilpatti until February 1897 when he began work in the villages around Madras. He was instrumental in forming the first Tamil Baptist Church in Madras in 1900. The Kilpauk Church had its origin along with the Vepery Church. From 1954 separate gathering in Kilpauk has a separate congregation. The Lord added many new converts to the Kilpauk group that they out grew their building. By the Grace of our Lord our saviour we have crossed 100 years with 18 branch churches within Tamilnadu from the period of 1954 to 2014. 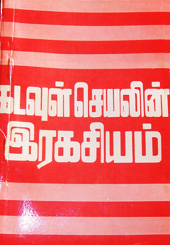